Yes. Yes I do. I didn’t mean to say “make a walk”. I also don’t mean to say “Can you please spend the candle?.” “I need to stamp these documents from my computer” “She should system her priorities” or “Last night I took a beer at the bar”.

The thing is, as my Italian improves my English is starting to make crap. Dammit! I did it again!

When I first arrived in Italy (almost 5 1/2 years ago now!!!), my Italian was very poor. I could say a few things like “Hello” “How much?” “Where’s the bathroom?” “Pizza” and “Stop staring at my crotch”. You know, the basics. Though it’s true that I did study Italian in college, it’s also true that I wasn’t a very good student. I somehow managed to get Italian credit for a course that I took where I wrote all the essays in English. How the hell did I do that!!??! 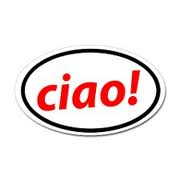 Basically, 85% of my Italian I ‘ve learned “strada faccendo” (by doing – literally “doing the street”). I picked it up during my time in Italy from friends, colleagues, on television, at the bar, on the bus, and in the piazza. I think by this point I ould teach a revolutionary new Italian language course to beginners called “Move to a country where you don’t know the language and make a life for yourself: 101”. It’s definitely the best way to learn!

Not having a grasp on the language when I moved to Italy was pretty difficult at first. My power lies in my speech, and without it I felt powerless.

I’m a real communicative guy. What I may lack in other skills I make up for by … well … talking. I know maybe this sounds weird, but if I were as super hero, my special power would be talking. (Look! Up in the sky! It’s The Amazing Talker!) I’m just really good at it. I can be very convincing, sincere, poignant, and charismatic when I talk. Before you think I’m getting a big head, please let me specify that I suck at plenty of things… I just happen to have a lot of success with talking. As a matter of fact, that class where I got Italian credit without actually studying Italian was probably because I talked my professor into thinking it was a good idea.

Not only do I excel at talking, but I also do it to excess. I have trouble sitting through a film without talking and I drive my boyfriend bonkers by talking until I fall asleep at night, and then continuing the “conversation” as soon as I wake up (I use the word “conversation” lightly because I don’t really need anybody to respond in order to keep me going)! I talk so much that when I was young my Mom gave me the Mr. Chatterbox book from the Mr. Men series. I’d say it’s pretty fitting. Certainly better than getting Mr. Shut Up Already!

All this being said, I felt really frustrated at not being able to express myself in Italian. I had a hard time saying what I wanted and being understood. It would drive me crazy when I had something funny to say or wanted to contribute with my own winsome comment, but my language skills prevented me from doing so.

As is natural, the more time I spent in Italy and the more I surrounded myself with the Italian language, the more I improved. They say that you are really starting to understand a language well when you dream in that language. Though my first dream in Italian was pretty cool (despite the fact that in my dream I was making grammatical errors and my roommates were correcting me), for me, the tell-tale sign that I was getting the hang of the language was when I started being funny and making people laugh in Italian, and not just in that “listen to the silly foreigner with his American accent and cute lil’ grammatical mistakes” way, but in the same way that I can be funny in English (and I am a laugh riot in English!).

Nowadays, my Italian is pretty darn good. Sure, I make errors and my accent will never go away no matter how hard I try, but as my mind gets used to Italian and the language comes flowing out without me even having to think about it, I find it difficult sometimes to switch back to English! I make verb mistakes (ie. let’s do a meeting) and sometimes I even forget words in English (ie. Just ring my … uh .. my campanello … no, wait .. my doorbell) . Often times I have to ask myself “Wait, do we say this in English?”

I really hope that I don’t start having problems expressing myself in English, or next time I come back to the States I’m just going to have to make all my jokes in Italian!